In Washington State, the Growth Management Act (GMA), requires counties and cities to help reduce urban sprawl by encouraging development in urban areas where adequate public facilities already exist and can be more efficiently provided. To help reduce sprawl, the GMA requires that counties, such as Snohomish County, designate urban growth areas (UGAs) or unincorporated areas that are identified for urban levels of development.

What exactly is "annexation?"

Annexation is simply the process of expanding the City limits to include properties currently situated outside of the City.

Why is the City looking into annexation?

Annexation allows long-term planning for essential public services and infrastructure.  The City of Monroe is expected to continue growing. As we grow, the City wants to be smart about long-term investments to maintain essential public services and service levels that benefit the entire community. Annexation of unincorporated areas broadens our revenue and allows us to make investments that benefit everyone. Annexation also allows us to address future service needs while providing flexibility in how we fund projects that are of high importance to the community, including police, roads, streets and parks.

Why would someone want their property to be annexed to the City of Monroe?

The Urban Growth Area (UGA) has been discussed a lot over the years, what exactly is it?

The UGA is the area is the area surrounding the City where urban development is to occur. This is to contain growth and prevent development from sprawling into the rural areas of the County. Part of a county’s long-range planning process involves designating, expanding, and reducing UGA boundaries, in consultation with the cities affected. UGAs should be able to accommodate the urban growth that will occur over the next 20 years.

How is an annexation done?

Washington State law allows cities to “pre-zone” properties that are in their UGA. The zoning goes into effect when the properties are annexed into the City. On October 22, 2019, the City Council adopted zoning for all of the properties in the City’s UGA. Future zones for properties in the UGA were assigned according to the Comprehensive Plan Future Land Use Map (PDF).

Instead of paying County taxes for surface water management, the library system, and the Snohomish County surface water fee, new residents would pay locally for utilities, street maintenance, stormwater management, and the Monroe library capital bond. After annexation, property taxes, which fund City schools and the hospital, would remain about the same for new residents, as shown in the table below.

The City is listening, and and we need your feedback before we continue the annexation process. In March, a survey will be mailed to you with more information about annexation and what it means for you as a resident of the City of Monroe’s UGA. Please fill out our survey in March, so we can know how you feel about annexation and how to move forward.

The information contained on this webpage was obtained and compiled through staff research. The information is accurate to the best of our knowledge, however, circumstances and situations can vary between individuals which can affect the impacts of annexation discussed within this brochure. We encourage citizens to get involved and research the facts for themselves. Therefore the City of Monroe does not warrant, guarantee, or accept any liability for the accuracy, precision, or completeness of any information show herein or for any inferences made here from. 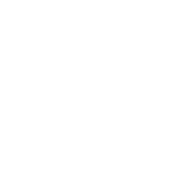